As men pass the age of thirty, they typically start to gradually gain weight – even if they are not eating more, or consuming more calories, and their activity level hasn’t declined. Unfortunately, many men in their thirties and forties even increase their amount of exercise and/or restrict their calorie intake, only to realize that they still can’t lose weight or build muscle no matter what they do.

For other luckier men, their weight may stay constant, but they start to notice that they have lost muscle mass, and their body fat is now distributed differently as they get older. These men often experience more fat around their middle after they pass thirty in a jiggly “beer belly” – often accompanied by or embarrassing breast or “man boobs”.

And, as fat deposits increase, muscle mass and strength simultaneously decrease. This type of doughy physique is so common among middle aged men that a nickname for it has crept into popular culture: the “dad bod”. So why does this universally happen, and what can a man do about it?

If you are gaining fat and losing muscle tone after the age of thirty it’s not your fault … rather it is your hormones that are very likely to blame! Every year after age 30 a male’s hormone levels gradually decline a little more. And, hormones are responsible for fat distribution and muscle mass.

Testosterone is the male sex hormone. Declining levels of testosterone – often called “Low T” in the media – has found a lot of commercial attention lately because of its relationship to “ED” (erectile dysfunction) and sexual performance problems.

How Do I Know if Hormones Are Causing My Weight Gain?

Hormone level testing at SottoPelle in the greater Phoenix area can identify if a decline in testosterone, or other hormone deficiencies or imbalances, may be contributing to your weight gain or muscle loss. And, if “Low T” or other hormone deficits are found, 100% natural bioidentical hormone replacement therapy (BHRT) can restore your hormones to optimal levels.  With the SottoPelle hormone replacement method, most men are able to lose the extra pounds, build more muscle, and shed unwanted belly and breast fat … and keep it off!

Most people don’t realize that men also experience a type of “male menopause” due to testosterone decline as they age. This phenomenon, called “andropause”, can begin any time after age thirty. But it is often overlooked because it is less dramatic or sudden than a woman’s hormone decline during menopause.

If testosterone levels drop below normal levels, the condition is commonly referred to as “Low T.” And, while TV commercials and internet ads are jam-packed with products that claim to help sexual performance and libido, these “magic pills” don’t address the weight gain and muscle loss of Low T.

Additionally, to add fuel to the fire, a man with low testosterone typically has less energy and becomes fatigued more easily – which makes it harder for them to get enough exercise or activity. So, this further adds to weight gain and muscle loss.

But testosterone is not the only hormonal culprit when it comes to male weight gain. Adding to the problem is the decline in production of the hormone leptin – which tells the brain to feel “full” when a person is eating. So, as leptin levels decline, it takes more food to feel full – which can lead to weight gain because a man may be eating more than they did when they were younger.

Further, an increase in levels of the “stress hormone” cortisol can also contribute to weight gain. Cortisol slows down metabolism when the body puts itself into “survival mode” due to stress.  High cortisol levels cause an increase in blood glucose, which raises insulin production, that cause the body to store fat in an attempt to conserve energy for later use. And, cortisol also increases appetite which can further exacerbate weight gain.

Additionally, lowered levels of the growth hormone HGH occur as a man gets older, which can also gradually slow down metabolism and decrease “fat burning” with age. And, as a man’s age increases he is also more likely to experience hypothyroidism – which is a decline in thyroid hormone production. And lowered thyroid levels also decrease how much energy or fat the body burns, while increasing the storage of energy in the form of weight gain.

Reducing calories and increasing exercise activity is a good start. But if diet and exercise are not sufficient to lose weight and restore muscle, bioidentical hormone replacement can often provide the key to losing unwanted pounds and inches, while rebuilding muscle mass, strength and tone.

The biodentical hormone replacement therapy (HRT) experts at SottoPelle in the greater Phoenix area can conduct comprehensive blood testing, to identify your unique, individual hormone deficiencies and imbalances. Then we can customize a personalized hormone replacement therapy plan just for you. Rather than one-size-fits all hormone pills or over-the-counter supplements, we compound the exact doses formulated to restore your body’s specific hormone levels to perfect balance for optimal functioning.

The SottoPelle Method uses only 100% natural, bioidentical hormone replacement pellets to restore male hormone balance. These tiny pellets are not only safer and more effective than synthetic hormones, but they also have far fewer side effects or risks than artificial lab-created hormones.

A single, time-released pellet treatment can restore hormone balance in men for up to 6 months.  Placed under the skin in the hip or buttocks – the pellet goes to work help restoring balance, assisting with weight loss and alleviating other symptoms of Low T, such as fatigue, lack of sex drive, ED and more.

If you are a man in the greater Phoenix, AZ area who has been unable to lose weight or belly fat as you get older – no matter how much you diet or workout  – hormone decline may be the cause of the problem. The SottoPelle bioidentical hormone replacement method can help restore your hormone levels and return your metabolism to what it was you were younger. So, you to efficiently burn calories, lose weight, build muscle again, and get rid of unwanted body fat.

As an added bonus, HRT can also help ward off many serious diseases, in addition to increasing energy, and improving sexual performance and enjoyment.

If you live in the greater Phoenix area schedule a bioidentical hormone replacement therapy (HRT) consultation at SottoPelle – and let our hormone experts help you lose weight, drop fat, build muscle, improve your sex life, and live a healthier life!
. 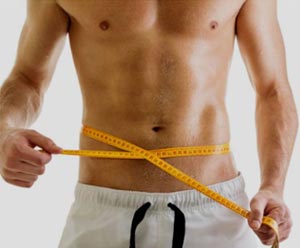