A new clinical study recently presented at the Society of Neurointerventional Surgery‘s seventh annual conference suggests that oral contraceptives plus hormone replacement therapy (HRT) may have an added advantage of protecting women against the development and rupture of brain aneurysms.

A “brain aneurysm” is a weakness in a blood vessel in the brain that balloons out and fills up with blood. If an aneurysm leaks or ruptures (bursts) it can cause life-threatening bleeding in the brain. Unruptured aneurysm need to be prevented from bursting with medications to control blood pressure and other procedures. Immediate, emergency medical care is needed for a ruptured aneurysm.

“Neurointerventional” refers to a subspecialty of Radiology, Neurosurgery, and Neurology medicine that specializes in minimally invasive image-based technologies and procedures that diagnosis and treat nerve-related injuries and diseases.

Groundbreaking research, conducted by Dr. Michael Chen – a neurointerventionalist at Rush University Medical Center – was in response to the finding that cerebral aneurysms occurred more often in postmenopausal women.

The two biggest brain aneurysm studies to date – the International Subarachnoid Aneurysm Trial and the International Study of Unruptured Intercranial Aneurysms – came to the same conclusion. Both found that 70% of aneurysms in females developed in postmenopausal women with a mean age of 52, which is a period of life associated with a significant decline in estrogen levels.

By establishing a connection between low estrogen levels and aneurysms, researchers can now move on to researching and developing preventive treatments and strategies for women who are at risk of brain aneurysms.

The researchers sought to establish whether there was a connection between decreased estrogen levels and aneurysm occurrence by comparing this patient group of 60 women (with aneurysms) to a large control group of 4,682 similar females (without aneurysms) who were randomly selected.

Both groups had a high degree of similarity across various screening criteria. The median age of both groups was 53.  And both the aneurysm group and the non-aneurysm group were examined for their gynecologic history and for use of estrogen-modifying drugs, such as birth control.

Both groups of women were screened for age of menstruation onset, the woman’s age at the time of her first child’s birth, the usage and duration of oral contraceptives, the use of hormone replacement treatment, and the age at which their menopause began.

When researchers compared all of these relevant criteria for both groups, the following findings were obtained:

The average age of individuals who became pregnant for the first time after 30 years was 10% in the aneurysm patient group and 11% in the control group. And both groups had an average menstruation onset age of 13 years.

However, most notably, there were significant disparities between the two groups when it came to the usage of estrogen-modifying medications such as oral contraceptives and hormone replacement therapy. The aneurysm patient group used oral contraceptives at a rate of 60%, compared to 77.6% in the control group.

According to the study these variations in estrogen modifying drug use (contraception and HRT) are statistically significant. The results strongly suggest that women with brain aneurysms use oral contraception and hormone replacement treatment at a lower rate than the general population.

It is fair to infer, then, that the findings of this study confirm the theory that the decreases in estrogen associated with menopause may explain why cerebral aneurysms are more prevalent in women, especially after menopause. Conversely, this research adds to the growing body of data that suggests estrogen stability through hormone replacement therapy may protect against aneurysms in women at risk. 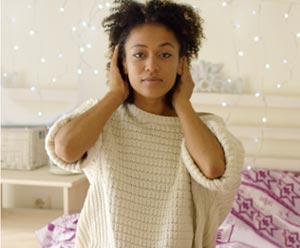