A paper published in the American Journal of Physiology—Lung Cellular and Molecular Physiology has revealed that in clinical studies estrogen dramatically reduced the amount of flu virus that replicated in the infected cells of women (but not of men).

The researchers of that study, from the Johns Hopkins Bloomberg School of Public Health, have made the claim that estrogen appears to have a protective advantage for women, by hampering replication of many viruses including the HIV, Ebola, and hepatitis. That effect lessens an infection’s severity and makes it less contagious, so the study team sought to determine if estrogen might also have the same effect on the flu virus.

Clinical Research on Estrogen and the Flu

In this clinical study, the researchers collected cells from the inside of the noses of female and male volunteers. Then they exposed batches of the cells to different types of estrogens, including normal levels of naturally occurring estrogen. The cells then were exposed to an influenza A virus.

However, the same reduction in virus replication was not seen in the male cells that were exposed to estrogen. The researchers of that study explained that the same anti-viral results were likely not seen in men, because (while men do produce some estrogen) their cells have far fewer estrogen receptors.

Implications of Estrogen Therapy and the Flu

The study’s lead researcher, Sabra L. Klein, said in the American Physiological Society press release that these findings suggest that when women are taking hormones therapy for any reason “an added benefit might be less susceptibility to influenza during the flu season.”

These findings could be particularly important for elderly women, because older women are both the most likely to be estrogen deficient and are also most susceptible to severe influenza. Researcher Sabra L. Klein went on to note that “Being on hormone replacement therapy could be one way to mitigate the severity of [the flu], which is exciting, simple, and cheap.”

And while many people may dismiss these findings, saying “it’s just the flu”, it is crucial to remember that the flu is a deadly disease. The CDC estimates that flu has resulted in up to 710,000 hospitalizations and up to 52,000 deaths per year between 2010 and 2020.

But What if I am Already Vaccinated?

People who have received the flu vaccine may not think that this exciting discovery applies to them. But it is important to understand that while the influenza vaccine is the best way to avoid becoming infected, it doesn’t work equally in all patients. So some people who get the flu vaccine will still get sick.

For example, certain older people, obese people, and individuals with some chronic illnesses may develop less immunity after getting the flu vaccine. A recent study in the International Journal of Obesity pointed out that obese adults remain twice as likely to contract the flu as adults of healthy weight, even if they received a flu shot.

The importance of maintaining estrogen levels for health and vitality cannot be understated. Declining levels of estrogen in perimenopausal and menopausal women are associated with a higher risk of osteoporosis, breast cancer, heart and artery disease, cognitive decline and Alzheimer’s disease, metabolic syndrome, and type 2 diabetes.

This provides just one more reason why perimenopausal and menopausal women should be tested for hormone deficiencies, so that they may safely rebalance their estrogen levels with HRT.

One of the essential methods of treating female hormone imbalance or estrogen deficiency is through the use of 100% natural, convenient, and safe SottoPelle® Method bioidentical hormone replacement therapy.

Talk to your physician about SottoPelle® Method estrogen therapy today. Or you can also find a physician in your area who is a Certified SottoPelle® hormone therapy provider using our Physician Finder HERE. 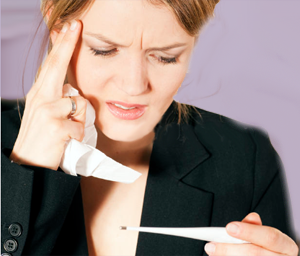 You Don’t Have to Live With It!® Science of SottoPelle® Life Regained

Cultural Differences in the Symptoms & Presentation of Menopause
Scroll to top