The sex hormone testosterone impacts almost every aspect of a man’s health and wellness. Testosterone regulates sexual drive and performance, as well as metabolism, weight gain, muscle building, energy levels and much more.

But a recent medical study has also revealed that low levels of testosterone may also be a predictor of cognitive decline in older men with memory problems.

Results of a new study reveal that low testosterone levels may signal a progression to Alzheimer’s disease, as well as indicate an increased risk for developing age-related dementia.

A small study conducted by Saint Louis University Medical Center professor of gerontology John Morley, MD, examined older Chinese men with early memory declines who did not yet have Alzheimer’s. It was determined that the study participants were much more likely to develop Alzheimer’s disease during the year of follow-up if they had low testosterone levels at the time of enrollment in the study.

This study was led by researchers at the University of Hong Kong and published in Journal of Alzheimer’s Disease. Researchers followed 153 older Chinese men for a full year. These participants underwent cognitive testing to assess their memory function at the time of enrollment, and which time 47 were determined to be exhibiting some mild cognitive impairment.

Over the next year of the study, 10 of the men in the study subsequently received a diagnosis of Alzheimer’s disease. 100% of the men diagnosed with Alzheimer’s were in the group that had been previously identified with early memory decline and all 10 also had low levels of free testosterone in their blood samples.

Other Indicators of Alzheimer’s Disease in Older Men

Statistics released by the National Institute on Aging indicate that the ApoE genetic variation occurs in about 25% of the general population – and in approximately 40% of older people who develop Alzheimer’s late in life. In the University of Hong Kong study, the older Chinese men with the ApoE gene were five times as likely to develop Alzheimer’s disease within the next year as men without it.

Since low testosterone (“Low T”) is clearly a predictor of Alzheimer’s, the next logical research step is to replace testosterone in older men with memory decline to see if this could slow the progression to Alzheimer’s disease.

Other Studies on Testosterone and Alzheimer’s Disease

The University of Hong Kong study was actually not the first to suggest a protective role for testosterone in Alzheimer’s disease. Researchers at Wayne State University in Detroit, Michigan studied testosterone levels in men in 2004 during a larger aging study. That research revealed that every 50% increase in free testosterone in a man’s bloodstream was associated with a 26% decrease in the risk of developing Alzheimer’s.

While the research clearly suggests that testosterone plays a role in the prevention of Alzheimer’s disease, clinical studies have not been conducted that test testosterone treatment on men at risk for cognitive decline.

As with any form of medical therapy, the benefits of testosterone therapy have to be weighed against the risks for each individual patient. For example, older men who are prescribed testosterone therapy need to have their prostate monitored very closely for risk of growths.

Because the decrease in a man’s testosterone occurs gradually over time – unlike the dramatic hormone changes of menopause – many men don’t realize that their health problems are due to low testosterone. From sexual performance, to changes in appearance, to health problems and cognitive issues, testosterone affects almost every aspect of a man’s wellbeing.

This new research correlating low testosterone with the risk of Alzheimer’s disease is just one more reason for men to make sure that their testosterone levels are tested, monitored, and treated with hormone replacement therapy as they get older.

A simple blood test by a certified SottoPelle hormone replacement expert can tell you if Low T is at the root of your mental, physical, or sexual issues. Then SottoPelle Method bioidentical hormone replacement pellets can naturally restore your body’s testosterone to ideal levels. Not only do men see immediate results in energy and sexual performance within 10 days of testosterone treatment, but the unseen health protections offered by testosterone can offer protection from many diseases and illnesses.

And each pellet treatment can last up to 6 months with a single, quick, painless office procedure! Improve your quality of life and protect your health by scheduling testosterone testing with a SottoPelle physician today. 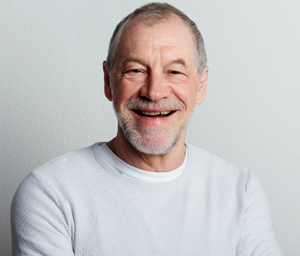 Hormone Therapy Training: Does Testosterone Replacement Cause Hair Loss in ...
Scroll to top