When masculinizing hormone therapy is started before the changes of female puberty begin, it can help a patient avoid the secondary sex characteristics of the female body, such as the development of breasts. But, while transgender teens are embracing their true identities earlier than previous generations, it is still relatively rare for an adolescent to start Masculinizing Hormone therapy before puberty.

Masculinizing hormone therapy will begin producing changes in the body within a few weeks to a few months. Menstrual generally stops within two to six months of treatment. Deepening of the voice starts to occur between three and 12 months after treatment, with maximum lowering of the voice in about one to two years.

Certain patient may need to avoid or delay masculinizing hormone therapy if they have any of the following medical conditions:

Side Effects of Masculinizing Hormone therapy

There can also be certain side effects or complications with masculinizing hormone therapy, which you should discuss with your physician.

And because masculinizing hormone therapy typically reduces fertility, patients also need to make important decisions about their long-term reproductive plans before starting hormone therapy. Egg or embryo freezing can be an excellent idea for preserving the option of having your own biological children in the future.

Some doctors still administer testosterone via injection, or a gel applied to the skin. However, pellets offers a superior method of hormone delivery in the form of long-acting, time released pellets for masculinizing hormone therapy.

The hormone therapy experts at SottoPelle have been helping transgender men and women live as their true and authentic selves with bio-identical hormone replacement therapy pellets since the mid 1990’s.

Bioidentical testosterone pellet therapy is a safer and more natural approach to masculinization, because it uses naturally derived hormones rather than lab-created synthetics. And because bioidentical hormones are identical to the body’s own hormones, they offer more effective results, with fewer side-effects and risks than synthetic hormones.

Additionally, long-lasting, time-released, subdermal pellets can provide continuous and consistent testosterone delivery without the roller coaster ups and downs on pills or injections. And, because a single hormone pellet insertion can last up to 6 months, there is nothing to remember to take daily – and no painful shots or messy creams gels.

SottoPelle has helped thousands of transgender individuals across the United States and around the world with natural and safe bioidentical hormones for their transition, to align their sexual characteristics with their true gender identity. Call us today, or talk to your own physician, about the SottoPelle hormone replacement method to help you on your unique and personal gender confirming journey. 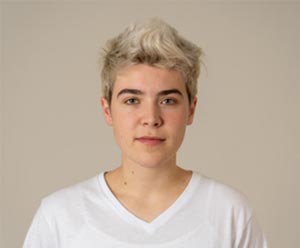 Is Your Diet Behind a Hormone Imbalance?

How Female Hormones Protect Against COVID-19
Scroll to top