According to new research study helmed by the Stanford University School of Medicine, transgender adults who started gender-affirming hormone therapy when they were teens had better mental health than those who waited until adulthood (or who never received hormones).

But for many transgender teens, being forced to go through puberty in a body that is developing in ways that don’t match who they know themselves to be, can be extremely psychologically damaging.

This pivotal research study appeared in an online issue of PLOS ONE and was comprised of data extracted from the largest-ever survey of American transgender adults. More than 27,000 adults participated in this groundbreaking study, in which researchers analyzed data from the 2015 U.S. Transgender Survey.

Participants were 18 years or older and completed extensive questionnaires about their lives. And because some transgender people do not want hormone therapy, the study focused only on the 21,598 respondents who reported that they had wanted to receive hormones.

Results were analyzed based on when the transgender respondent began hormone therapy:

Participants who underwent hormone therapy had lower incidence of:

Odds of severe psychological distress were reduced by:

This study supports the understanding that transgender individuals become more confident and socially engaged when they begin taking hormones – adding to the mounds of evidence that demonstrate why gender-affirming care is beneficial from a mental health perspective.

This study is relevant now more than ever because some state legislatures are very regrettably introducing bills that would outlaw hormone therapy for transgender youth. Our experienced hormone therapy providers, the authors of the study, and all major medical organizations support provision of gender-affirming medical care for adolescents.

The research clearly demonstrates that providing teens with gender-affirming hormone therapy is the pathway to better mental health, rather than waiting until adulthood.

SottoPelle has been helping transgender men and women live as their true and authentic selves with bio-identical hormone replacement therapy since the mid 1990’s. This natural approach, is more identical to the body’s own hormone delivery system, leading to more effective results, with fewer side-effects and risks than synthetic hormones. And SottoPelle long-lasting, time-released, subdermal pellets more consistently and conveniently deliver hormone therapy than oral medications.

Talk to your physician about SottoPelle hormone therapy to help you on your unique and personal gender confirming journey. Or find a physician in your area who is SottoPelle certified using our Physician Finder HERE. 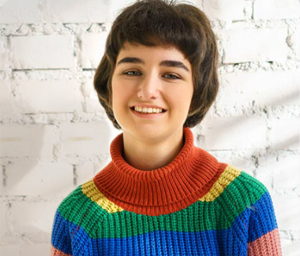