How Hormone Therapy May Prevent Disease in Women

As a woman gets closer to menopause, her ovaries produce less and less of the female sex hormones estrogen and progesterone. While these essential hormones control ovulation, monthly menstrual cycles, and vaginal health, they also do much more.  Estrogen and progesterone also affect the health of a woman’s bones, heart, mental health and risk of certain cancers.

Replacing these hormones with 100% natural bioidentical hormone therapy (BHRT) not only alleviates many of the symptoms of menopause but can also decrease a woman’s risk of certain physical and mental illnesses and diseases.

According to the results of a clinical trial that was published in April 2007 in the Journal of the American Medical Association if a woman is between the ages of 50 and 55 when she begins hormone therapy, or if she begins HRT less than 10 years after she started menopause, she has less heart disease and less death from any cause, compared to a placebo (non HRT) group.

This important research was reinforced by the results of a similar study published in The New England Journal of Medicine in June 2007. As quoted on WebMD, researcher JoAnn Manson, MD, DrPH, (chief of preventive medicine at Brigham and Women’s Hospital, and professor of medicine and women’s health at Harvard Medical School) has stated that “these results lend support to the theory that estrogen may slow early stages of arteriosclerosis.”

Also quoted in WEBMD, Dr. Shelley R. Salpeter, MD, a clinical professor of medicine at Stanford University’s School of Medicine unequivocally stated: “We have evidence that hormone therapy can prevent heart disease, hip fractures, and osteoporosis, and that it cuts the risk of developing diabetes by 30% in younger women.” And, in one recent study, Dr. Salpeter and her colleagues found that hormone replacement therapy reduced the number of heart attacks and cardiac deaths by 32% in women who were 60 or younger (or women who had been through menopause less than 10 years ago).

2018 research conducted at University of North Carolina at Chapel Hill revealed that hormone therapy cuts in half the risk of depression symptoms in women going through menopause and early post-menopause. In that study, 32 percent of the women who were treated with a placebo experienced clinically significant depressive symptoms. But for women in the study who received hormone therapy, the risk was cut in half with only 17% experiencing depression.

According to a 2013 study published in the US National Library of Medicine National Institutes of Health “short-term use by younger women close to the time of menopause, associates hormone therapy with lower risk of Alzheimer’s disease risk.”

However, it is very important to keep in mind that the effects of hormone therapy on brain function depend greatly on the age of the patient, the type of hormones administered, and the length of use. In general terms, HRT has been shown to decrease the risk of dementia when taken in mid-life (under age 60) but not later in life. So, always talk to your doctor to see if she recommends hormone therapy based on your age, overall health, and personal risk factors.

Estrogen has also been shown in clinical studies to help decrease bone loss after menopause, reducing the risk of bone fractures.

The American Society for Reproductive Medicine, The North American Menopause Society, and The Endocrine Society have all unequivocally stated that most healthy, menopausal women can safely use estrogen replacement therapy for osteoporosis prevention.

And, while there are many new medications on the market that can dramatically stop and reverse bone loss, these pharmaceuticals often come with harsh and dangerous side effects. So, talk to your doctor to see if she recommends using bioidentical estrogen therapy to treat and prevent osteoporosis naturally and effectively.

While hormone replacement therapy is not a panacea for prevention of every disease, there are some very real, clinically-proven benefits to restoring female hormone balance that extend far beyond relieving the symptoms of menopause.

Customized hormone therapy like the SottoPelle Method, is not “one-size-fits all.” It ensures that the lowest possible dosages for symptom relief is administered. Additionally, only “bioidentical” hormones, such as those used in the SottoPelle Method, exactly replicate the molecular structure of the hormones produced by the body. So they are not only more effective, but also much safer and free of many of the side effects of synthetics.

If you are interested in learning more about whether hormone replacement therapy is right for you, consult with your physician or schedule an appointment with the providers at SottoPelle in the Phoenix, AZ area today. If you live outside of the greater Phoenix area, you can find a physician in your area who is highly trained in hormone replacement using our Physician Finder HERE. 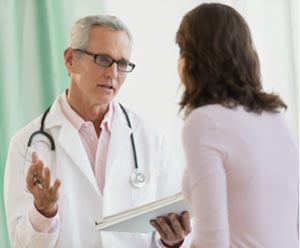