There is a lot of misinformation and uncertainty about hormone replacement therapy (HRT). Most of these misunderstanding and half-truths can be traced back to old flawed studies, as well as “anecdotal” evidence, conducted decades ago in the early days of HRT.

If you are going to a “traditional” or “conservative” doctor who hasn’t keep up with the latest research and studies on hormone replacement therapy, even a good or well-meaning doctor may not be well-informed about the latest advancements in hormone therapy. In this article, the HRT experts at SottoPelle in Phoenix, AZ we help set the record straight about the safety of modern hormone therapy modalities.

Why Hormone Therapy Got a “Bad Rap”

According to an article published by the US National Library of Medicine National Institutes of Health the first clinical trials on HRT were conducted in the US decades ago in the 1970s -1990s. At the time, based on limited data, it was reported that HRT had more detrimental than beneficial effects. As a result of wide spread publicity at the time, the once very common use of hormone therapy dropped off significantly.

However, in the following years, a reanalysis of these clinical trials was performed, and the newer studies showed that the use of hormone replacement therapy in younger women or in early postmenopausal women had a beneficial effect on the cardiovascular system, reducing coronary disease as well as a lower death rate from all causes. However, the damage had already been done in the press – and HRT was stuck with a “bad rap” that many uniformed physicians and lay people still erroneously believe to this day.

How “New” Hormone Therapy has Improved

Initially, hormone replacement therapy used synthetic hormones that were created in a laboratory. (And, unfortunately, to this day many less-informed doctors still prescribe these synthetic hormones.) But, something as molecularly complex as a human hormone can never be identically duplicated in a lab.

More recently, hormone therapy replacement experts, like the doctors at SottoPelle in Phoenix, AZ, have developed “bioidentical” replacement hormones that are derived from 100% natural sources. Bioidentical hormones exactly replicate the molecular structure of the hormones produced by the body, so they are not only much more effective than synthetics, they are also safer, and free of many of the dangerous side effects of synthetics.

New Evidence on the Benefits of Hormone Therapy

Clinical studies on hormone therapy are continually being conducted to assess its safety and benefits. And an ever-growing body of research indicates that hormone replacement therapy is safe for use as preventive treatment for limited periods, not only to alleviate the symptoms of menopause but to help prevent disease in younger women around the age of menopause.

Similarly, new research has revealed that hormone replacement in men not only helps improve sexual performance and libido, but can also help men reduce their risks of heart disease, diabetes, and death.

According to the report in the US National Library of Medicine National Institutes of Health, studies in the 1970s, found that estrogen supplements when used alone were associated with an increased risk of endometrial cancer. But, in the following years, researchers discovered that reducing the dosage of estrogen and combining it with progesterone could actually reduce the risk of endometrial cancer.

Shelley R. Salpeter, MD, a clinical professor of medicine at Stanford University’s School of Medicine unequivocally states: “We have evidence that hormone therapy can prevent heart disease, hip fractures, and osteoporosis, and that it cuts the risk of developing diabetes by 30% in younger women.”

In one recent study, Dr. Salpeter and her colleagues found that hormone replacement therapy reduced the number of heart attacks and cardiac deaths by 32% in women who were 60 or younger (or women who had been through menopause less than 10 years ago). In older women, hormone replacement therapy seemed to increase cardiac events in the first year, and then began to reduce the risk again after two years.

In fact, the U.S. Food and Drug Administration (FDA) actively recommends that hormone therapy should be used to treat women who have severe menopausal symptoms. And, the esteemed American Society for Reproductive Medicine, The North American Menopause Society, and The Endocrine Society have all explicitly stated that most healthy, menopausal women can safely use estrogen replacement therapy for osteoporosis prevention.

Research presented at the 2008 annual meeting of The Endocrine Society also revealed that testosterone replacement therapy can help men reduce their risks of metabolic syndrome, heart disease, diabetes, and death.

According to two impressive clinical studies, presented by the director of scientific affairs for Bayer Schering Pharma in Berlin, low testosterone levels in men were associated with metabolic syndrome, while patients who were given testosterone replacement significantly reduced the metabolic syndrome risk factors.

In the men in the study who were given hormone replacement: “bad” LDL cholesterol (triglycerides) was reduced by 1/3rd to 1/4th; and good HDL cholesterol improved The treated men’s body mass index decreased and they lost their pot bellies, typically losing three or four inches off their waist  and going down 2 or 3 pant sizes.

Find a Hormone Therapy Expert Who “Gets It” | Phoenix & Worldwide

The most important step in understanding how hormone replacement therapy can improve your health is to talk to a doctor who is an expert specialized in modern bioidentical hormone replacement therapy. Together you and your treating physician can determine if hormone therapy may be a beneficial part of your individualized healthcare regimen, based on thorough and comprehensive blood work, your age and overall health, any risk factors you may have, and your lifestyle.

If you are interested in learning more about whether hormone replacement therapy is right for you, consult with your physician or schedule an appointment with the hormone experts at SottoPelle in the Phoenix, AZ area today. If you live outside of the greater Phoenix area, you can find a physician in your area who is highly trained in hormone replacement using our Physician Finder HERE. 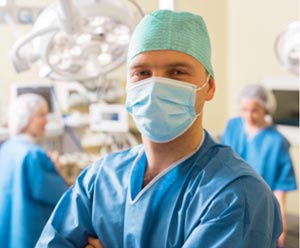 Women Can Have Low Testosterone, Too!
Scroll to top