There are so many components that go into making you, well, uniquely you. And one of the most essential elements of “you” is your voice. In person, during everyday phone calls, while video-conferencing, when making a presentation at work, and even posting videos on Instagram or TikTok or YouTube, people recognize you by your voice.

Most, though not all, cis-gender people pretty much take their voice for granted. In fact, unless they are an actor or public speaker, many cis people give no thought at all to the pitch, “timbre” or inflection of their voice.

But for transgender women and men who are transitioning, finding a voice that matches their gender identity and feels authentic can be an extremely important part of the process of truly becoming themselves. Transgender voice therapy, also known as gender affirming voice care, involves various treatments to help transgender men and women adapt their voices to achieve communication patterns that match their gender identity.

Voice coaching therapy is the least invasive of the gender affirming voice care treatments – while surgery is a much more dramatic, expensive (and painful) means of altering one’s voice. But, what about hormone therapy? As world leaders in transgender hormone therapy, our certified SottoPelle providers are often asked by our trans patients if gender affirming hormone therapy will also affect their voice.

In this article our transgender hormone specialists answer this important question.

For transgender men, hormone therapy can indeed help change the “pitch” or “frequency” of their vocal characteristics to become less traditionally ‘feminine’ (higher) and more aligned with societal ideas of what constitutes a ‘masculine’ voice (lower).

Testosterone has the effect of thickening body tissues, including skin, muscles, and even vocal cords. It is this thickening of the vocal cords that causes a trans man’s voice to drop in pitch when they are on “T” hormone therapy. Vocal cords are much like rubber bands. If you pluck a thin rubber band, it will vibrate faster and make a higher pitched sound – while plucking a thick rubber band will vibrate more slowly (at a lower frequency) and make a deeper pitched sound.

For many transgender men, sufficient voice deepening may be achieved through masculinizing hormone therapy. However, it is important to keep in mind that while testosterone therapy does lower a patient’s voice, other gender affirming voice care may be needed to alter communication style, rhythm, and ‘prosody’ (the way words are stressed) that achieve a more overall masculine outcome.

In a first-of-its-kind study, conducted at Brigham Young University 30 trans men from the Boston area who had been on Testosterone for nine months or more were recruited.  The trans men in the study who were undergoing “T therapy” reported that having a masculine voice was of utmost importance to their identity.

“We found that testosterone does a very successful job at bringing the voice into the average cis male range,” said the authors of the study. But they also found that Testosterone did not fully masculinize the more subtle sounds and intonations in the participants vocal formants.

This led the researchers to conclude that adding voice therapy to a transition treatment plan for trans men should be a priority – since testosterone alone is not “going to do the job all by itself.”

Unfortunately, for transgender women who begin hormone therapy as adults, female hormones will not raise the “pitch” of their voice.  This is because estrogen does not make vocal cords shorter or thinner once they have already developed and thickened during puberty. Both anti-androgens and estrogens have no effect on the voice.

However, there is evidence that when feminizing hormone therapy is started before puberty, a trans girl will be able to “keep” her youthful, “higher” traditionally female-sounding voice. In other words, pre-puberty female hormones can prevent someone assigned male at birth from developing thicker vocal cords before their voice “drops”.

Fortunately, there are other gender affirming voice treatments that can help raise a trans woman’s voice so that it matches her gender identity and feels authentic. This can include vocal coaching as well as vocal cord surgery.

But, while voice therapy can be an integral part of combating dysphoria and presenting en femme, it does not mean that it is the right choice for every trans woman. Nobody should feel pressured to present in any way that they aren’t comfortable presenting or that doesn’t align with their authentic identity!

In 2016 a study was designed to investigate the effect of subcutaneous (under the skin) Testosterone therapy on the vocal cords of patients who were assigned female at birth. Ten participants who were about to undergo “T” hormone therapy were recruited for voice analysis. (Note: while the patients received on average 1.4 mg/day of Testosterone, the participants were not specifically identified in the study as transitioning trans gender men).

The subjects’ voices were recorded prior to testosterone treatment and at 3 months, 6 months, and 12 months later. The conclusion of the study supported what many physicians and transgender hormone experts already knew: “Therapeutic levels of testosterone, delivered by subcutaneous implant, have no effect on the female voice – including lowering or deepening of the voice.”

Finding a voice that aligns with your authentic self is an individual process, and there are multiple options for gender affirming voice care and surgery that can help your voice sound more like the true you.

Our voice is just one of numerous important components that make-up who we authentically are. But for many transgender men and women, our voices can make us more (or less) comfortable with strangers – and can even contribute to dysphoria by widening the gap between who we are and who we present to the world. In other words, finding your voice is an integral part of gender affirmation! 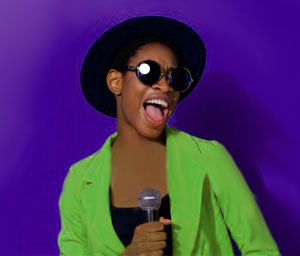