Groundbreaking research has identified an exciting link between hormone therapy and the slowing of Alzheimer’s disease in women.

In a nutshell, it was found that accelerated biological aging is associated with women with a certain genetic Alzheimer’s risk factor – but that hormone therapy, may slow this aging and therefore potentially slow the risk of Alzheimer’s disease.

While this could be an important breakthrough in the treatment of Alzheimer’s disease, the science behind this research is a little complicated. In this article the hormone therapy experts at SottoPelle walk you through the results of this important study.

Study on the ApoE4 Gene, Alzheimer’s and Aging

It is already known from multiple medical research studies that the “ApoE4” gene is a major genetic risk factor for accelerated biological aging, cognitive decline, Alzheimer’s disease, and early death in women.

So, scientists decided to conduct a test to see if the rapid rate of biological aging caused by the ApoE4 gene, was responsible for the increased risk of Alzheimer’s – and if slowing the aging with hormone therapy could then slow the Alzheimer’s risk in these women.

Natalie Rasgon, MD, PhD, professor of psychiatry and behavioral sciences at the Stanford University School of Medicine and director of the Stanford Center for Neuroscience in Women’s Health helmed this study which was published online in the respected research journal PLOS ONE.

Other authors and contributors to this study included Emily Jacobs, PhD, a postdoctoral fellow at Harvard Medical School; Elissa Epel, PhD, associate professor of psychiatry at the University of California-San Francisco; and Elizabeth Blackburn, PhD, professor of biochemistry and biophysics at UCSF, who won the Nobel Prize in 2009.

The study included 70 well-educated, high-functioning female participants between the ages of 45 and 65 who had been on hormone therapy since menopause.

How the ApoE4 Gene Accelerates Alzheimer’s

All people have two copies of the ApoE gene – one inherited from each parent. Just like genes for eye color or hair color, there are different types of the ApoE gene. An estimated 15% to 20% of Americans have at least one ApoE gene that is the ApoE4 variation.

Women with the ApoE4 variation are at a substantially increased risk for early aging, as well as late-onset Alzheimer’s disease – compared to people who do not have at least one ApoE4 version of the gene.

However, in this study, women with the ApoE4 gene who started hormone therapy at menopause – and remained on that therapy – early acceleration of aging and Alzheimer’s was absent.

This indicates that ApoE4 is contributing to aging on an internal, cellular level well before there are any outward signs or symptoms of decline. Further, it shows that estrogen hormone therapy appears to have a protective effect on middle-aged women who are carrying the ApoE4 genetic risk factor.

How Aging is Measured in Women

“Telomeres” are units of DNA that “cap” the ends of each chromosome, in every cell, of all living creatures including humans. Their function of the telomere cap is to stabilize chromosomes and keep them from unraveling. It’s actually quite like the plastic caps on the end of a shoelace that keeps it from fraying.

But normal cell division, stress and inflammation, can cause these telomere caps to shorten. And if the telomeres get too short, the chromosome is compromised, which can give rise to cancer, aging, and breakdown of all the other bodily organs.

In the ApoE4 study, the researchers measured telomere length as an index of biological aging. The investigators drew blood samples from 70 healthy women over age 45 who had been on hormone therapy since menopause. These women were then randomly divided into two groups – one group that remained on hormone therapy, and the second group that discontinued hormone therapy. Then two years after they first entered the study the women’s blood was drawn again.

The researchers found that the telomeres of women who were ApoE4 carriers’ (who did not take hormone therapy) were six times as likely as those of non-carriers to significantly shorten within the two-year study window. On average, the telomeres of women with the ApoE4 gene had shortened by an amount equivalent to what would take a decade in healthy women.

But women who had at least one copy ApoE4 gene who remained on hormone therapy showed no signs of telomere shortening!

It has long been known that estrogen is an extremely powerful and important hormone that is essential for keeping a woman’s body and brain healthy and functioning properly – as well as to protect against many serious diseases.

However, this research provides further evidence of the crucial role hormone therapy can play, by demonstrating that estrogen therapy slows aging and lowers the risk of Alzheimer’s disease in women with certain genetic predispositions.

If you are a woman undergoing menopause, ask your physician if SottoPelle estrogen replacement pellet therapy may be right for you. Or schedule an appointment with a certified SottoPelle physician in your area using our Physician Finder. 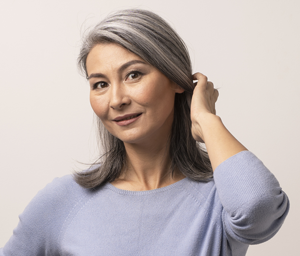 Does Estrogen Protect Against COVID-19?