What Are Flat Cortisol Curves, and How Do They Affect Health?

Cortisol is an adrenal hormone that impacts nearly every single one of the body’s systems in both men and women. Cortisol is sometimes referred to as the body’s “built-in alarm system” – because cortisol production increases when the body is under any kind of perceived threat – including actual danger, as well as emotional or physical stress.

Cortisol works with certain parts of the brain to control mood, motivation, and even fear and anxiety. The hormone cortisol also manages how the body burns energy, regulates blood sugar, stores fat and builds muscle. And cortisol is responsible for regulating blood pressure as well!

So, as you can see, when cortisol levels fluctuate or are out of balance, there can be big problems with health and wellness, as well as reduced mental and emotional wellbeing.  In this article the hormone therapy experts at SottoPelle® explain “cortisol curves” and discuss what patients can do to keep hormones in balance.

What Is a Cortisol Curve?

Cortisol levels naturally fluctuate throughout the day in healthy individuals. Cortisol levels normally peak in the morning and reach their lowest point at night. This “makes sense” for the body, since a decrease in the “fight or flight” hormone at night enables humans to slow down, relax and rest in order to be ready for the next days challenges. This bell-shaped increase and then decline in daily cortisol production is called the “Cortisol Curve”.

But in some patients, there is a dysfunctional pattern of cortisol secretion in which the high and low levels of cortisol production shifts very little throughout the day. In other words, these patients have a “flat” cortisol curve. And, a flattened cortisol curve has been shown in clinical research to be directly associated with a shorter lifespan and several negative health indicators.

Health Impact of a Flat Cortisol Curve on Cancer

One recent study found that a flat cortisol curve statistically predicted a shorter survival time (life expectancy) in patients with metastatic breast cancer. In those patients with flat cortisol levels, there was also a decrease in the number and activity of natural killer cells (immune cells that can kill tumor cells or virus-infected cells).

In other studies, a flattened cortisol curve has been shown to predict early death from lung cancer – and has been associated with a decreased number of T-cell lymphocytes (white blood cells that fight infection).

Health Impact of a Flat Cortisol Curve on Heart Disease

Another study was conducted on healthy middle-aged individuals (average age 61), whose cortisol curves were measured for two years. And then patients were followed for six to eight more years.  The results showed that flattened cortisol curves correlated with a higher death rate from all causes, including death from heart attack or heart disease.

Another study in 2018 conducted on police officers in the US – an occupation that is one of the highest in levels of stress – showed a higher rate of cardiovascular disease compared to that of the general public.

Health Impact of a Flat Cortisol Curve on Diabetes & Depression

The causes of flat, deficient or imbalanced cortisol levels are many and varied. Many cases of “primary adrenal insufficiency” (Addison’s disease) are caused by autoimmune disorders, where the body’s immune system attacks its own cells, tissues, and organs.

Other causes of primary cortisol dysregulation include viral and bacterial infections and tumors in the adrenal glands.

Secondary adrenal insufficiency can be caused by complications in the pituitary gland that cause a lack of the hormones responsible for signaling cortisol production. Recent studies have also linked PTSD (post traumatic stress disorder) to lowered cortisol levels.

Additionally, exposure to chronic stress is also believed to cause cortisol depletion. And, for most adults, the past year of the pandemic has been a year of unprecedented constant and continual stress!

Measuring a patients cortisol levels (ups and downs) over the course of a day can identify the patient’s “cortisol curve”. And if the curve is “flat” it may predict poor health outcomes both for patients already suffering from a disease, as well as for seemingly healthy individuals.

The 2019 Stress in America Survey found that for the average American, personal sources of stress (including the political climate, healthcare costs, and economic concerns) were already very high in 2019. And then came the pandemic of 2020-2021 which visited unparalleled levels of stress on most people with fears of contagion, the death of friends and loved ones, economic uncertainty, social isolation, and more.

The importance of addressing toxic stress is more important than ever, as more and more Americans report that they need more emotional support to help deal with the negative effects of stress on the body. Similarly, working with a physician who understands the causes and effects of hormone imbalance – including cortisol insufficiency – is essential to health and wellbeing in these challenging times. Understanding and addressing the factors that affect cortisol secretion can ensure appropriate treatment interventions that can help restore hormone balance.

If treated properly, individuals with cortisol deficiency can avoid complications, get rid of troublesome symptoms, and live long, healthy, and active lives. But proper diagnosis and treatment requires comprehensive care from hormone experts who understand adrenal function on a deep level.

If you believe you may be suffering from cortisol insufficiency, or another hormone imbalance, consult with your physician – or schedule an appointment with the providers at SottoPelle in the Phoenix, AZ area today. If you live outside of the greater Phoenix area, you can also find a physician in your area who is highly trained in hormone replacement using our Physician Finder HERE. 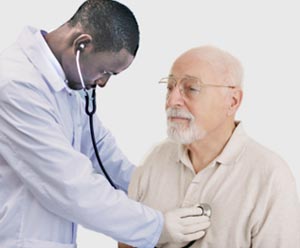 Chronic Stress May be Disrupting Your Hormones

How Hormones Can Affect Mental Health
Scroll to top