Menopause – the hormone decline that occurs at the end of a woman’s reproductive years – has long been known to cause mental and psychological symptoms. Brand fog, concentration problems, and memory issues are common among perimenopausal and menopausal women. Less common, but much more serious, is the onset or worsening of depression during menopause.

However, a recent clinical research study published in the journal JAMA Psychiatry showed that undergoing a year of hormone replacement therapy (HRT) cut the risk of depression symptoms in women going through menopause and early post-menopause.

In this article the hormone replacement therapy experts at SottoPelle® explain the results of this study and discuss how HRT may be able to help women reduce the likelihood of developing or worsening depression during or after menopause.

The Mayo Clinic defines depression as a mood disorder that causes persistent feelings of sadness, as well as loss of interest in normal activities that interferes with daily life.

A significant number of women – about 18% in early perimenopause and 38% in late perimenopause – will experience symptoms of depression.1

Research published in the Journal of the American Medical Association (JAMA) Psychiatry2 conducted by Susan Girdler, professor of psychiatry at the University of North Carolina at Chapel Hill HRT was shown to reduce the risk of menopause during depression.

That study recruited 172 women between the ages of 45 and 60 who were either perimenopausal or recently postmenopausal at the start of the study. One group of women was given an inactive placebo patch to wear, while the other group were given skin patches that delivered 0.1 milligrams/day of estrogen. (Additionally, every three months, the estrogen patch group were also given 12 days of progesterone to protect against the risk of endometrial cancer.)

Researchers also found that there were two main factors that predicted whether women would experience fewer depression symptoms while on hormone replacement therapy: (1.) being in perimenopause; and (2.) experiencing a significant stress in life, such as the death of a loved one or a divorce.

The study concluded that when the benefits of hormone replacement therapy outweigh the risks, women should be on the lowest dose for the shortest time. The researchers also said that the study “raises some very interesting questions, but that it needs to be replicated in a larger, more diverse group of people.” And, the researchers urged that women going through menopause who are experiencing depressive symptoms should get a depression assessment as soon as possible.

The recommendations of the Center for Women’s Mental Health at Massachusetts General Hospital for major depression that occurs in association with menopause are the prescription of antidepressant medication, in combination with hormone replacement therapy (usually estrogen plus progesterone, or occasionally estrogen alone).3

This combination of an antidepressant medication PLUS hormones replacement therapy is advised by the Women’s Mental Health Center, whether or not the woman has had depression in the past.

If you are a woman who is experiencing the symptoms of perimenopause or menopause, talk to your physician about SottoPelle® Method hormone replacement therapy today. Or you can also find a physician in your area who is a Certified SottoPelle® hormone therapy provider using our Physician Finder HERE.

.
Resources:
1 As Menopause Nears, Be Aware It Can Trigger Depression and Anxiety, too; NPR.com. January 16, 2020.

3 Depression during the transition to menopause: A Guide for Patients and Families; The Center for Women’s Mental Health at Massachusetts General Hospital. David A. Kahn, MD, Margaret L. Moline, et. al..

.
IMPORTANT DISCLAIMER: This article is provided as general information only and is not intended to be used as medical advice. While the benefits of hormone replacement are well documented through clinical research, we are not representing that hormone therapy is a “cure” for any disease. Only your treating physician can determine if hormone replacement may be a beneficial part of your healthcare regimen, based on your age, overall health, risk factors, and lifestyle. 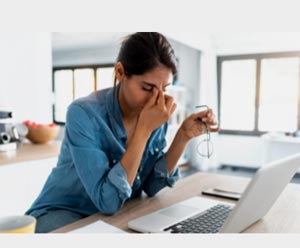