According to recent research from the University of East Anglia, combined hormone replacement therapy (HRT) reduces women’s risk of early death from all causes.

In this article the hormone replacement therapy experts at SottoPelle® explain the results of this study and discuss how HRT may be able to help women live longer, healthier lives.

Study on Hormone Therapy and Women’s Risk of Early Death

This study used the data from primary care providers in the UK. The researchers followed the medical records of 105,199 women in good health who were between 46 and 65 years old who were given hormone therapy, with an average follow-up of 13 years. These women’s health was compared with 224,643 women of the same age, who were non-HRT users.

The data in this study, which was commissioned by the Institute and Faculty of Actuaries (IFoA), was the first to analyze the impact of HRT on women’s overall life expectancy using primary care data.

When adjusted for a variety of factors, the researchers concluded that “combined HRT [estrogen + progesten] was associated with a 9% lower risk of all-cause mortality and estrogen-only formulation was not associated with any significant changes.”

Implications of Hormone Therapy and Women’s Risk of Early Death

Sadly, many women are still reluctant to undergo hormone therapy for the treatment of menopause, because of the controversial results of some outdated and erroneous studies from over two decades ago. As Professor Elena Kulinskaya from the University of East Anglia in Norwich, England said: “Despite the effectiveness of HRT in relieving menopausal symptoms … untreated menopausal symptoms eventually increase the risks of other health conditions, such as osteoporosis and cardiovascular disease, and incur additional costs to the healthcare systems.

Louise Pryor, IFoA President, summed up the research by saying: “This study supports the emerging consensus that, for most women, the benefits of HRT outweighs the harm. We hope this research will help … support women deciding whether to start or continue with HRT.”

SottoPelle® Method 100% natural bioidentical hormone replacement therapy method can help restore a woman’s body and mind to optimal balance during perimenopause and menopause, in addition to protecting a woman’s body from a wide variety of diseases including type 2 diabetes, heart disease and osteoporosis.

And hormone replacement therapy pellets offer several advantages, including NO daily pills, NO painful weekly shots, and NO messy creams. Additionally, SottoPelle® pellet therapy utilizes bioidentical hormones that are safer, more effective, and more natural than lab-created synthetics. Because bioidentical hormones are identical to the body’s own hormones, they offer more effective results, with fewer side-effects and risks. 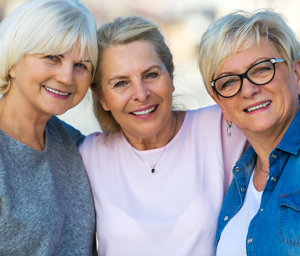